In February of this year, Apple released a standalone package of their Argument Parser. This is a package that is used for command line tools. Argument Parser can also be used inside of your apps to help with automated testing. Consider the following scenario.

You are testing a very specific workflow within your app and you want to ensure state is the same for each test. You also want to do this as part of UI Testing, which is an arms-length activity (you don't get to set any flags through code). Historically, in order to achieve this, you would pass or set a DEBUG flag within your build settings and in your code.

Using Debug is an all-or-nothing type of path. This is where Argument Parser comes in. You are able to set specific flags and manage for them througout the code. I can now have a flag for debug, but also for forcing a database schema change or purging the databse on startup.

UITesting has been around for a while and so has the ability to pass arguments. This the beautiful part of this work. I can now pass clean, clear arguments to my application to manage state any way that I need to. I could even provide nice documentation so that anyone else wanting to manage certain states can do so quickly for testing. 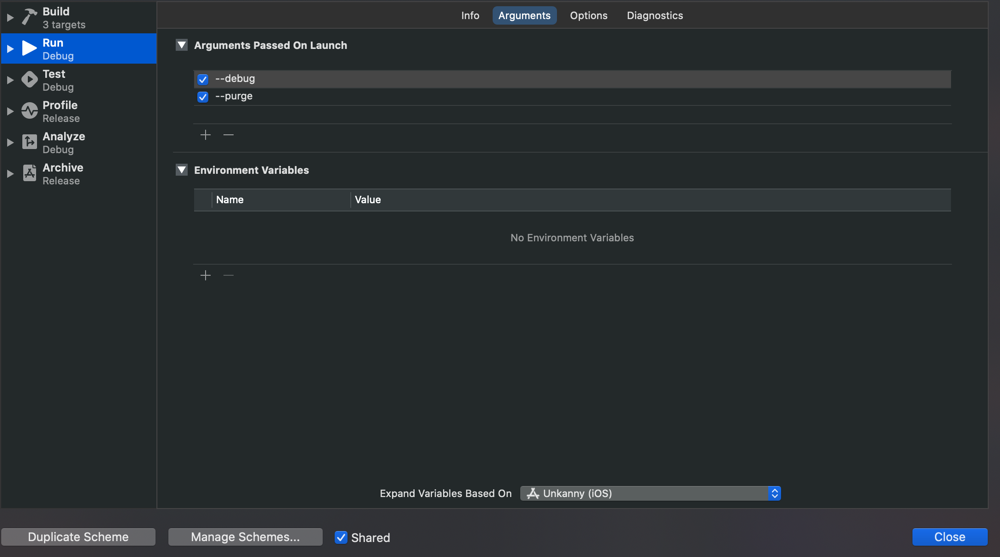 Some useful state management options that would be common